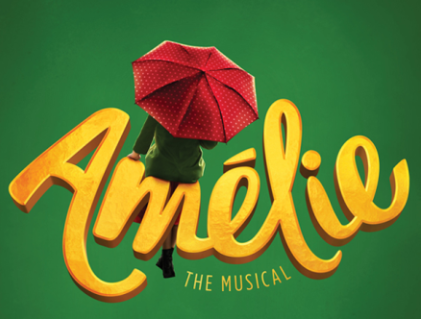 No, it’s not a musical by Andrew Lloyd Webber. It’s a musical about Andrew Lloyd Webber. (Though, honestly, we’d take either.) That and the announcement that Amélie will play London on its 2019 UK tour have got us pretty excited this week. And there’s more news where that came from! Learn about other upcoming theatrical happenings in your weekly news round-up.

Amélie will stop in London on its upcoming UK tour. Based on the beloved French film, the musical adaptation of Amélie played Broadway in 2017 and will make its UK premiere in April. You can catch it in London at the New Wimbledon Theatre from 22 to 25 May 2019.

A new musical about Andrew Lloyd Webber is in the works. Based on his recently released autobiography Unmasked, and written by Richard Curtis, the new musical will get a series of public workshops at The Other Palace at the end of November under the direction of Laurence Connor. Set to be highly experimental with no two performances the same, the workshops will star Siobhan Dillon, Ben Forster, Tyrone Huntley, Rosanna Hyland, Ria Jones, Stephen Leask, Anna O’Byrne and Michael Xavier. In the meantime, if you haven’t gotten your hands on Unmasked, you can find 10 surprising facts about the Lord of the Musicals here.

Marianne Elliott will direct a new production of Death of a Salesman starring Wendell Pierce and Sharon D. Clarke. Fresh on the heels of her roaring success with Company, Elliott will try her hand at another much-staged classic, Arthur Miller’s famous American tragedy. Wendell Pierce (Suits, The Wire) plays the salesman of the title, Willy Loman; with Sharon D. Clarke (Caroline, or Change) as Willy’s wife Linda. Death of a Salesman runs from May 2019 at the Young Vic. In fact, you’ll be able to catch four major West End productions of Arthur Miller plays in the first half of 2019 alone: The American Clock and All My Sons at The Old Vic and The Price at Wyndham’s Theatre. But can you handle that much tragedy?

Home, I’m Darling will transfer to the West End after its sold-out run at the National Theatre. Katherine Parkinson, known for her screen roles in Humans and The IT Crowd, stars in this play about a woman trying to live a 1950s lifestyle in the 21st century. Written by Laura Wade and directed by Tamara Harvey, Home, I’m Darling will open at the Duke of York’s Theatre at the end of January, with tickets on sale 9 November.

Heathers the Musical will hold a sing-a-long performance ahead of the release of a new cast recording. The original London cast recording of Heathers the Musical will feature all the songs from the world premiere recording–plus three new ones. No release date has been announced yet, but you can get in the spirit by singing along with the cast at the 2 November performance. And get ready to welcome a new cast member! On 5 November, Amy Booth-Steel will take over the role of Ms. Flemming. 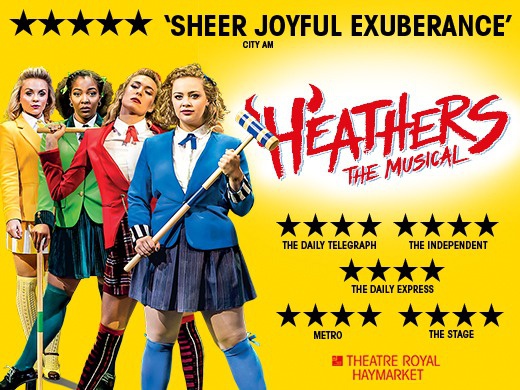 Striking 12, an Off-Broadway musical based on Hans Christian Andersen’s The Little Matchgirl, opens at the Union Theatre later this month. Written by Brendan Milburn, Valerie Vigoda and Rachel Sheinkin, Striking 12 tells the story of a man abandoned by his fiancée and soon to lose his job who has a strange encounter with a lightbulb seller on New Year’s Eve. The production runs 28 November through 23 December at London’s Union Theatre.

Almeida Theatre will stage a new production of Shakespeare’s The Tragedy of King Richard the Second. Directed by Joe Hill-Gibbins, the production will star Simon Russell Beale as King Richard II. He will be joined by Leo Bill, Martins Imhangbe and Natalie Klamar. The production opens 10 December.

The Young Vic announces its 2019 season. In addition to Marianne Elliott’s Death of a Salesman, the theatre will host Kew-Armah and Idris Elba’s Tree: a show which previously ran at the Manchester International Festival. It explores life in South Africa post-Nelson Mandela through music (from Elba’s album Mi Mandela), dance and film.

As part of its YV Unpacked series, the Young Vic will mount a new adaptation of Frank Wedekind’s Spring Awakening. Adapted and directed by Caroline Byrne, this new production of the 1891 German play will feature a cast of actor-musicians and a score by Tasha Taylor Johnson.

Griff Rhys Jones will lead the London Musical Theatre Orchestra’s 2018 production of A Christmas Carol. Following sold-out performances for the last two years, the London Musical Theatre Orchestra will return to the Lyceum this Christmas with their popular concert production of A Christmas Carol, written by Alan Menken, Lynn Ahrens and Mike Ockrent. Comedian Griff Rhys Jones will star as Ebenezer Scrooge. Joining him will be Lucie Jones (Les Misérables), Miriam-Teak Lee (Hamilton), Cedric Neal (Chess), Rosemary Ashe (The Witches of Eastwick) and Nicolas Colicos (The Producers). Get ready for holiday spirits!