Get ready to experience another breathtaking, gravity-defying performance from Cirque du Soleil when the troupe returns to London next year. Besides that, we’ve got casting news for some of this summer’s biggest productions, and a recap of the 2019 Olivier Awards!

Cirque du Soleil will bring Luzia to the Royal Albert Hall in 2020 for its European debut. Directed by Daniele Finzi Pasca, Luzia features the sights and sounds of Mexico–performed by a troupe of acrobats, contortionists, jugglers and freestylers. Luzia marks Cirque du Soleil’s 30th anniversary performing in the UK, and runs at the Royal Albert Hall from 12 January 2020, with tickets going on sale soon.

Robert Tripolino and Richard Alfonso will lead the cast of Jesus Christ Superstar at the Barbican, playing Jesus and Judas, respectively. They will be joined by Sallay Garnett as Mary, Matt Cardle as Pilate, Cavin Cornwall as Caiaphas and Nathan Amzi as Annas. Timothy Sheader will direct the production, which runs at the Barbican from 4 July to 24 August.

Samantha Pauly will play the lead role in Evita at Regent’s Park Open Air Theatre. Pauly has already starred as Eva Peron in two American productions of Evita. Joining her will be Broadway star Ektor Rivera as Juan Peron, Trent Saunders as Che and Francis Mayli MCCann as the Mistress. Jamie Lloyd directs, with the production running 2 August to 21 September.

Mamma Mia! celebrated 20 years in the West End last Saturday. To commemorate the event, the musical brought back 13 Dynamos from its history to perform in a special finale number. Mamma Mia! is now booking until 7 March 2020–and you can buy tickets for Mamma Mia! the Party (happening this summer) now.

Rachel Bloom is coming to London for two performances at the London Palladium. The star and co-creator of Crazy Ex-Girlfriend will perform at the London Palladium on 2 and 3 June, accompanied by songwriter and music producer Adam Schlesinger. Her show will feature a mixture of songs and stand-up. Tickets are now on sale.

The Play That Goes Wrong extends until 3 May 2020.

Katherine Parkinson’s debut play Sitting will come to Arcola Theatre in April. The show ran for a month at the 2018 Edinburgh Festival Fringe, and will now play at London’s Arcola Theatre from 10 April to 11 May 2019. Sarah Bedi directs.

Pictures of Dorian Gray will play at the Jermyn Street Theatre in June, between runs in Scarborough and Oxford. An adaptation of Oscar Wilde’s novel by Lucy Shaw, Pictures of Dorian Gray features an ensemble cast directed by Tom Littler. The cast is comprised of Richard Keightley, Helen Reuben, Augustina Seymour and Stanton Wright. 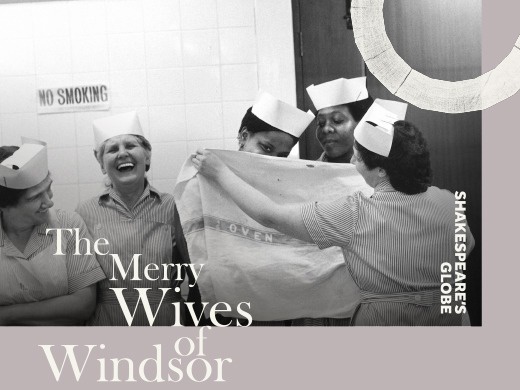 Ghost Stories extends at the Lyric Hammersmith. The production is now booking until 18 May 2019.

Did you watch the Olivier Awards? If you missed it, here are the big hitters:

The Inheritance, Company, and Come From Away turned out to be the big winners of the night.