It’s official. Rhys Ifans will play Atticus Finch in To Kill A Mockingbird. The London transfer of Aaron Sorkin’s Broadway play, directed by Bartlett Sher, opens in 2020. Further casting will be announced later.

Gary Beadle and Jasper Britton will star in Cormac McCarthy’s The Sunset Limited. The London premiere of Cormac McCarthy’s play, directed by Terry Johnson, will run at the Boulevard Theatre from 16 January 2020.

Helen Monks, Rob Rouse, Steve Speirs and Mark Heap join Upstart Crow. Based on the BBC TV sitcom, the play will star David Mitchell as Will Shakespeare, with Gemma Whelan (Game of Thrones) as Kate. Most of these actors will be reprising their roles from the original sitcom. Danielle Phillips, Jason Callender and Rachel Summers also join the cast. Adapted by Ben Elton, Upstart Crow runs at the Gielgud Theatre from 17 February 2020. 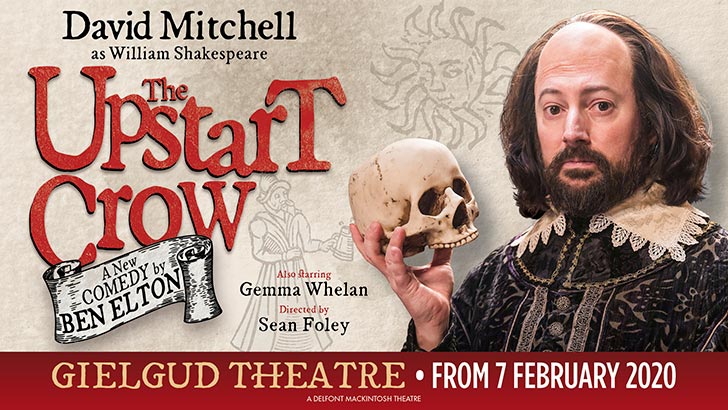 Dear Evan Hansen extends to 30 May 2020. The London transfer of the Broadway musical opened last week and is now running at the Noël Coward Theatre.

Wicked releases new tickets until 28 November 2020. The musical is currently booking at the Apollo Victoria Theatre for an open-ended run.

Afterglow extends through 22 December. The transfer of the hit Off-Broadway play has extended twice already, with this being the final extension. Afterglow is currently running at the Waterloo East Theatre.