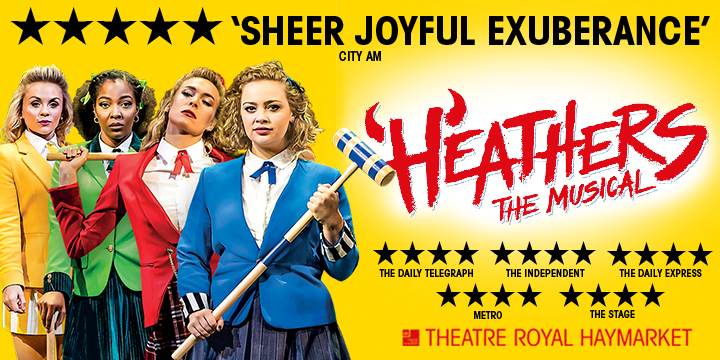 Following a hugely successful run at The Other Palace, Heathers The Musical officially opened on the West End last week. Rave reviews have poured in for the show, hailing it as ‘sheer, joyful exuberance’ (City AM) and praising Carrie Hope Fletcher as ‘dazzling’ (The Stage). Here at From The Box Office, we couldn’t agree more…

Based on the 1980s cult classic, Heathers The Musical is your typical story of a high school nobody who becomes a somebody under the wings of the popular girls. It’s also the classic story of (spoiler alert) boy meets girl, boy falls in love with girl, boy turns out to be a murderous psychopath who wants to blow up a school… okay, so not exactly your typical high school drama. It is JD’s psychotic tendencies that, in fact, make this show such a wildly enjoyable experience – among other things, of course.

In terms of music and vocals, this production is stunning. Carrie Hope Fletcher delivers a powerhouse performance and Jamie Muscato is her perfect opposite; Seventeen may just be one of the greatest musical duets I have heard in recent musicals! With a score that features songs such as Candy Store and My Dead Gay Son (yes, you read that right), this show is guaranteed to deliver laughs while also providing poignant moments.

This is not simply a musical that stands on its songs, though. The characterisation is, in fact, what makes the show work as an overall production. Each element, the comedy, the stunning vocals, the film references, would all be useless if you couldn’t relate to the characters – but oh, how you can. While they begin as your stereotypical high school students, their problems soon come to the forefront. If anything, Seventeen highlights just how much pressure and heartache these students have to deal with at a young age, when they should be enjoying what will be their glory years. 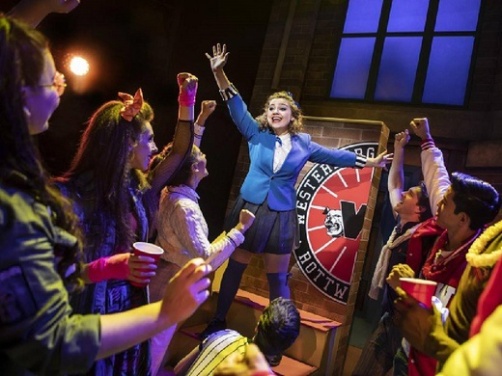 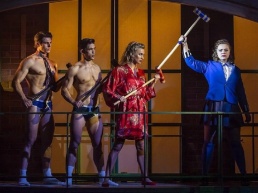 In short, if you’re looking for a feel-good, riotously hilarious yet touching, sing-your-heart-out musical experience, you’ll more than find it with Heathers. (Note: it also doesn’t hurt that the high school hunks walk around the stage half naked for the majority of the show). This is a musical that ticks all boxes and shouldn’t be missed – we only wish it were going to be in the West End for longer!

Heathers The Musical ends on Saturday November 24th. If you don’t want to miss out, book now and pay zero fees on selected tickets here! (Book by 17th October)